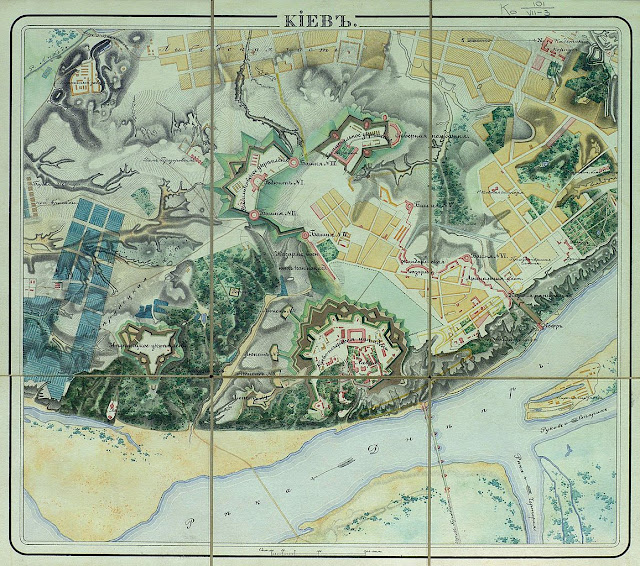 An 1830 map of the Kiev Fortress, which was one of the largest such systems in the world at the time. Here's the full-scale version.

Star forts ('Фортеця-зірка' in Ukrainian), were developed in Italy in the late 1400s and spread outside of Italy by the 1530s (you can read more about them in my post "A World Filled With Stars"). Ukraine's location meant that throughout the 15th and 18th centuries, it had to contend with invasions by the Russians, Ottomans, Poles, and from the Polish-Lithuanian Commonwealth (as well as smaller other entities).

While I am not finished mapping the whole of Ukraine as part of Fortress Earth, I have managed to find a number of star forts, including a line of them that stretches 285 kilometers (177 miles)! Ukraine's 36 star forts* were constructed over a period of several centuries and addressed a number of problems, from large to small-er. 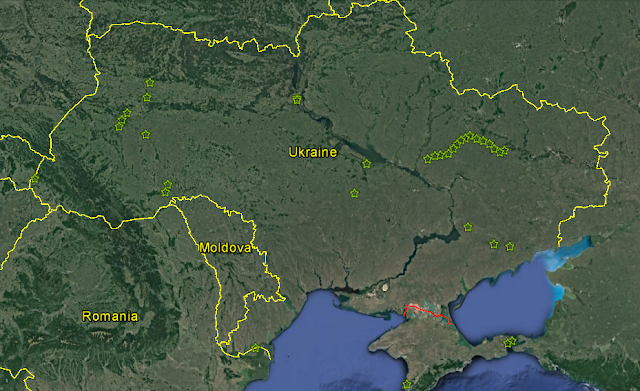 A map of the 36 Ukrainian star forts.

If you're familiar with the distribution of star forts in other European countries, I think you'll notice how sparse Ukraine seems to be. Ukraine suffers from its geography in that most of the country is made up of flat plains which are difficult to defend. Other than a few major cities like Kiev and Sevastopol, the forts are clustered into two regions. The first is Ukraine's western uplands region and the second is a long line of forts along two small rivers that feed into the Donets and Dnieper rivers respectively.

The line of forts is the "Ukrainian Line" (Українська лінія) which consisted of 16 forts and 49 redoubts connected by a series of earthen walls/trenches, of those sites that still exist, 15 fit the definition of a star fort. Built over the course of 33 years (1731-1764, with the bulk in 1731-21), the line was constructed by Imperial Russia to protect its lands from the Tartars. Up to 30,000 Cossacks and Ukrainian peasants were forced to work on the Line and countless people lost their lives. The Line was abandoned in 1770.

Like many enormous defensive projects (such as the Great Wall of China), the Line met with only limited success as the Crimean Tartars simply forced their way through gaps and the distances between the forts and reinforcements were often too great for the reinforcements to be of use.

Many of the forts are have been greatly eroded over time and some are barely visible beneath the farmland, like Kozlivska Fortress. 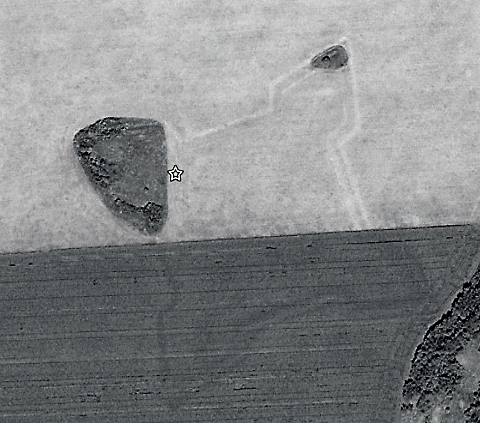 Kozlivska Fortress has been nearly completely plowed under.

On the other hand, Orel Fortress (also called Ninth Fortress) in Dyachkivka, remains in amazing condition.

The Line's wall (marked in yellow) is also visible and extends across the image.

Moving away from the Line, as mentioned earlier, some cities were major strongholds and have large star forts. Kiev, Ukraine's capital, has a series of large fortifications that were built over the course of the 17th and 19th centuries.

Some of the fort's features are hard to discern, so I've added white outlines to the first two images to help show them. 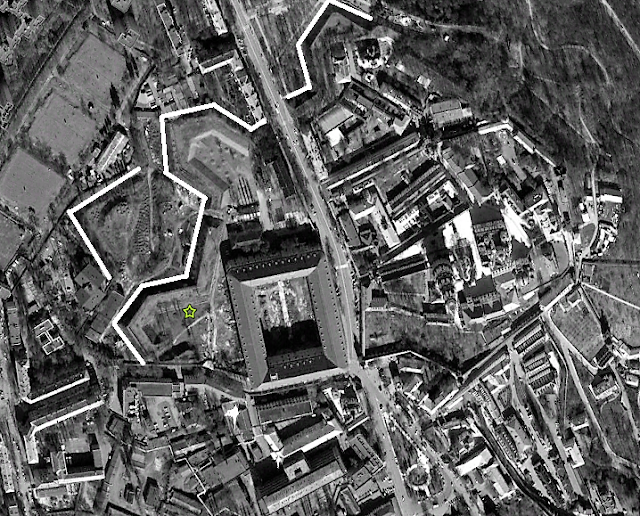 Construction of the main fortress began in 1655. Currently it houses a museum and church.

Zverynets Fortress is in near total ruins and today sits inside of a park and botanical garden. It was in use between 1810-1918. 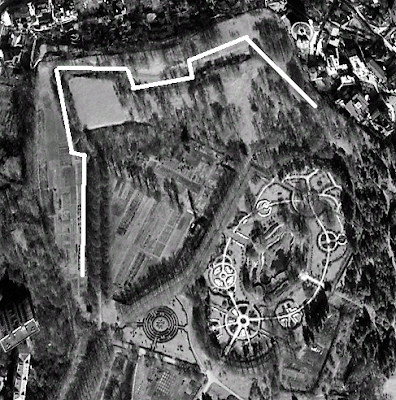 Finally is the Lysohirsky Fortress (Лиса гора). Lysa Hora means "bald mountain" and the fort was constructed in 1874. 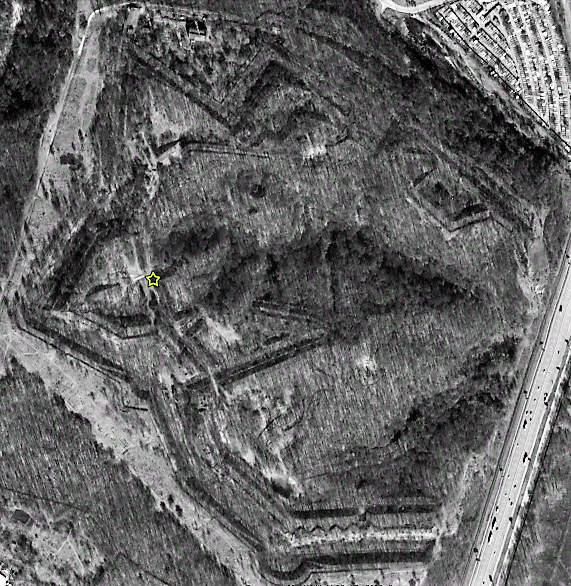 Lysohirsky is the southernmost of Kiev's major forts.

World War II was the final time these forts saw any real military action. Fighting was extremely fierce during the war.

The last type of star fort I'll talk about are ones that served as small strongholds and often as residences of important noblemen. 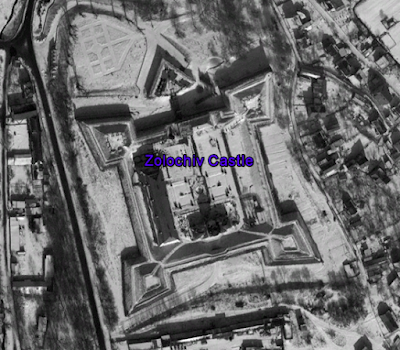 Zolochiv Castle (Золочівський замок), located in the city of the same name, was built in 1634-36 for the Polish Sobieski noble family. It was constructed using Crimean Tartar slaves. It contains two 'palaces', the Chinese Palace and the Grand Palace. However, despite being a luxurious home, it was a very real castle (castles = fortified residence, fortress = primarily a military establishment). In 1672 the castle came under siege by the Turks and fell after six days of fighting. A mere three years later was the sight of another attack. In 1737, the castle went from the Sobieski family to the princely Radziwiłł family. After being sold a few more times, it has served as an art exhibit and museum since 1985.

To explore the other Ukrainian star forts, check out this map.

Regarding the rest of my progress mapping the sites in Ukraine, I have found over 110 additional fortifications. *It's possible further star forts will be found as well.