Cuba has always been a magical place filled with beautiful people and valuable resources (not to mention its prime location in the Caribbean between North, Central, and South America). While Cuba has been inhabited for at least 6,000 years, it wasn't "discovered" by Europeans until the year 1492 (by everyone's favorite controversial explorer, Christopher Columbus).

Cuba remained a jewel in the Spanish Empire's crown for centuries until it was relinquished to the United States in 1898. To protect the Spanish from locals (and more importantly, pirates) a series of forts were constructed, primarily in Havana and Santiago. Eventually, these forts were refitted and expanded as Cuba's military importance grew and as the island was dragged into the wars of Europe - such as Britain's conquest of Cuba in 1762 during the Seven Year's War (it was quickly returned to Spain in 1763 with the Treaty of Paris that ended the war) and conflicts with France. 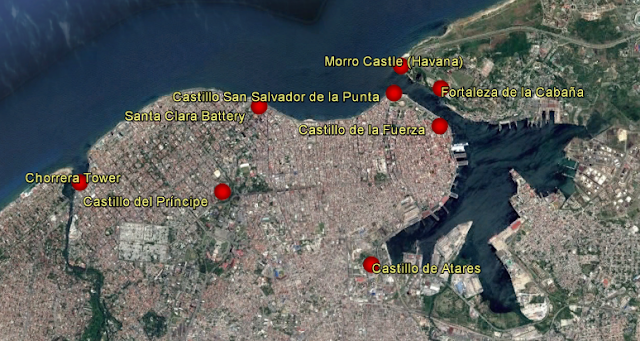 The forts of Havana, Cuba.

Since most of the current forts were constructed in the late 1500s to mid-1700s, many share the 'star fort' or 'bastion fort' innovation that arose in Europe in the mid-1400s which enabled forts to withstand cannon barrages much more effectively than earlier styles of fortification.

With a few exceptions, Cuba's forts are centered around Havana. One of the great losses of Cuba's history, are the 5 km of walls that once surrounded the old city of Havana. They were constructed between 1674 and 1740, contained 11 gates, and rose to 10 meters in height, but the walls were demolished starting in 1863. Only a few very small segments remain. However, like many cities that no longer retain their walls, the path of the walls can be readily identified, as roads are often constructed along their former path. 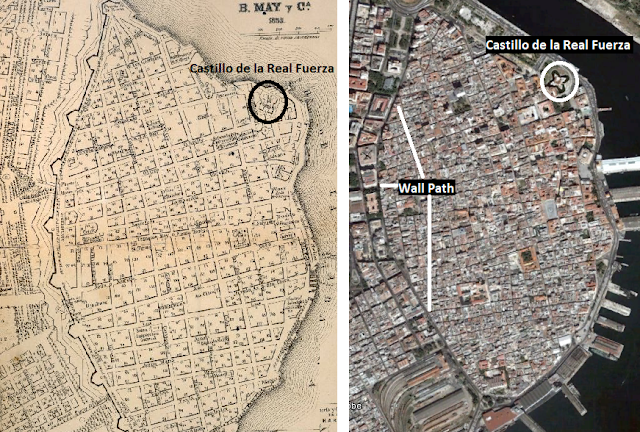 Comparison of the old city of Havana. (Left) a 1853 map showing the city walls, (Right) a current satellite image showing where the walls once stood.

The largest fort in Cuba is the Fortaleza de San Carlos de la Cabaña which sits atop a high bluff on the eastern entrance to Havana Harbor. It is roughly 2,300 feet across. 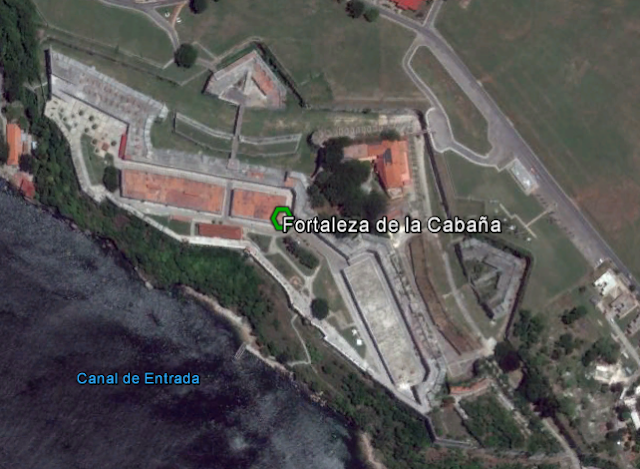 Find out more about #FortressCuba and its 14 forts by downloading the Google Earth File here, or you can explore the map below.