A World Filled With Stars

Starting around the 15th century, the planet began to fill up with stars. Prior to this period, classical fortifications were basically like your average castle or walled city. They relied on defenses that kept men away from the walls while providing height to allow defenders to fire a rain of arrows down at the unlucky attackers. This worked for thousands of years. Archaeologists have discovered that the city of Jericho had a wall surrounding it as early as 10,000 years ago.

There were all kinds of defensive structures, from wooden palisades, to the hill forts of ancient Britain, to the enormous Burghausen Castle which extends its stone walls over a kilometer! And these fortresses did their job for most of human history. They worked until the advent of cannons. The walls of these forts and castles tended to be too thin to handle the impact of the new artillery, and their often round shape was more prone to collapse.

To deal with the problem, military engineers began to introduce thick triangular walls and angular ditches with steep slopes to make it more difficult for projectiles to hit their target, and when they did hit, to provide better greater strength for the structure. The changes also eliminated "dead zones", areas where attackers were relatively safe from counter fire. These forts became ever more complex as time went on. To quote the Oxford History of Modern War, "Fortresses... acquired ravelins and redoubts, bonnettes and lunettes, tenailles and tenaillons, counterguards and crownworks and hornworks and curvettes and fausse brayes and scarps and cordons and banquettes and counterscarps..." 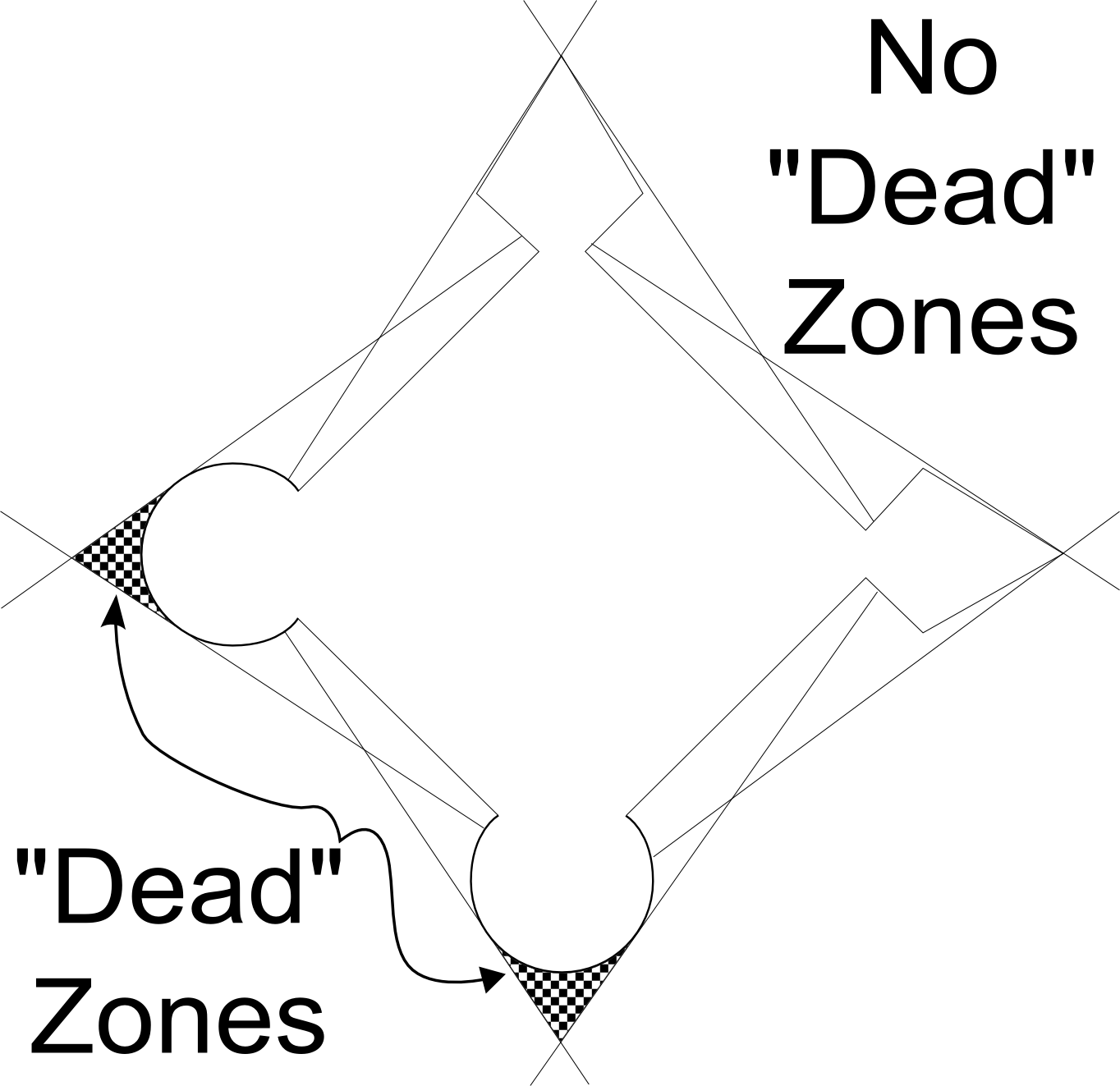 Star Forts, as they came to be known, eventually developed into the "polygonal forts" of the late 19th and early 20th centuries, such as Fort Bruyeres near Laon, France.


As part of my #FortressEarth project, which seeks to map every fort and castle built between the years 1000 and 1945 that are still visible via satellite, I decided to do a secondary project focused solely on star forts. I found 1,238 such places. These include traditional star forts as well as some of the transitional and polygonal forts that had at least one "triangle" portion or were chevron-shaped. This excludes forts like Bruyeres but includes others like Fort Purbrook in the UK. It also includes "star cities" like Copenhagen and Lucca, Italy. You can download the Google Earth file here.

Star forts are predominantly found along the coasts and border regions of countries, as well as capital cities. France is a great example of this, whose outline can be easily determined by where French star forts are. 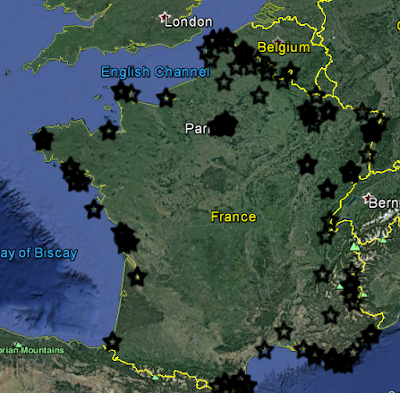 France, apart from having well defended borders, also has a tight ring of 16 star forts (and many other kinds of fortifications) that protected Paris. The Low Countries (Belgium and the Netherlands) have a disproportionate number of star forts, which attest to their own active military history, but also to the fact that they have traditionally been a favored invasion corridor for France and Germany.

I was able to find star forts on every inhabited continent except Australia. Europe has 930, the Americas have 180, Asia has 77, and Africa has 51. It may come as a surprise to some, but the small African country of Ghana has a whoping 14 forts. Unfortunately, these weren't constructed to defend the nation. They were built by the Portuguese to protect the slave trade. You can learn more about "The Slave Fortress of Ghana" here.

Some other interesting bits of information about these beautiful forts:

The southern most is Fort Corral in Chile, at 39°53'20"S 73°25'33" W. It is art of the Valdivian Fort System which the Spanish constructed to protect Corral Bay.

Star forts marked a transitional era in warfare. They arose because of powerful artillery and new tactics, but then, around the 1860s, started to become obsolete - requiring further improvements and the creation of polygonal forts. This last phase of static fortification then finally died out as a powerful means of defense when World War II changed everything. Ballistic missiles weighing thousands of pounds and stealth jets that can reach anywhere in the world, have made traditional above-ground fortifications all but useless. Yet the star forts that remain (as many have been demolished) still stand as testament and guard to human ingenuity and to the history that gave rise to our modern world.

I hope you will find the Google Earth file interesting. And despite the 1,238 forts included, there could still be a few I missed - so keep an eye out! Again, you can download it here.