This is part of the #FortressEarth mapping project by Jacob Bogle. For more information, please visit www.JacobBogle.com/fortress-earth.html

Haiti was discovered by Europeans in 1492, when Christopher Columbus landed there and established the settlement of La Navidad (the first European settlement in the Americas during the Age of Discovery). While the settlement was destroyed by native peoples a year later, Spain was not deterred. The town of Puerto Real was created in 1502 which is near modern-day Fort-Liberté. That area saw a succession of forts culminating with the current Fort Liberté, constructed in 1731. Given Haiti's key location in the Caribbean, it was fought over by the Spanish, French, and English. This, of course, gave rise to many fortifications.

Over all, Haiti has 34 fortified sites that still exist and can be seen via satellite. 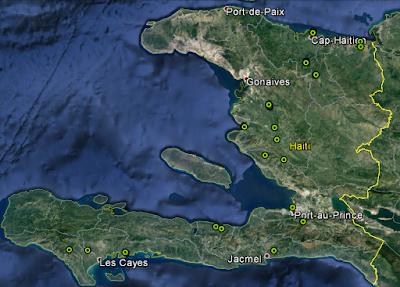 Most of the forts are in the traditional "star fort" style which was popular from the 15th through 18th centuries, which also coincides with Haiti's colonial history.

The fort was built in 1820 by Henri Christophe, who was the ruler of the short-lived Kingdom of Haiti. It is one of three UNESCO World Heritage Sites in Haiti, the other two are also connected to Henri and are within the area of the fort.

Of the smaller forts throughout Haiti, Fort Jacques (which looks out over Port-au-Prince), is quintessential. 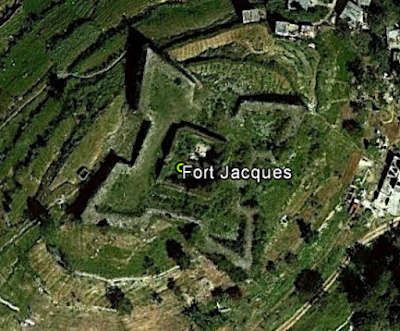 It was built by Jean-Jacques Dessalines, a predecessor of Henri Christophe, to defend Haiti during the Haitian Revolution (1791-1804). It was abandoned soon after his death in 1806. You'll notice the thick walls of the fort. Star forts were developed in response to the advent of cannons and powerful artillery. However, unlike Fort Jacques, the forts around the city of Dessalines tended to be simpler stone structures lacking the heft of thick walls.

Dessalines has a line of six forts, extending from the entrance of the city up to the top of the mountain ridge. The town, named after Jean-Jacques Dessalines, a former slave who became emperor of a liberated Haiti, built a line of five forts to defend the country's new capital from the threat of a potential new French invasion during the early 19th century. The sixth fort (Fort Culbute) was constructed during Haiti's colonial days. 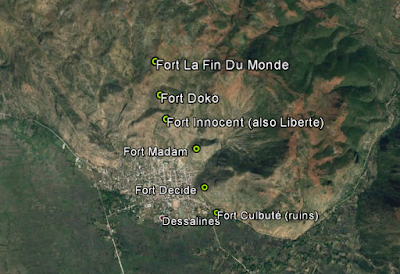 Click for larger view.
Here is a collage of each of the six forts.

Due to Haiti's tumultuous political and economic history, most of the country's forts are severely damaged. Apart from the Citadel, Fort Liberté is one of the best preserved forts in Haiti. It's also one of the few forts that aren't a traditional "4-point" star fort. 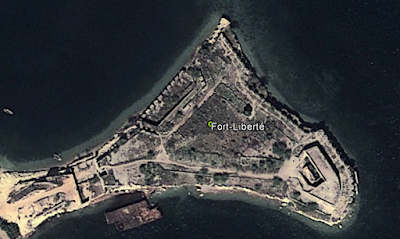 I hope you have enjoyed learning about Haiti's fortifications. If you'd like to download the Google Earth file that contains all 34 sites, you can automatically download the file here. To see other files available, visit https://sites.google.com/site/mymappingprojects/