The War in Ukraine

With the Russian-backed rebels claiming they will raise 100,000 men to fight for their cause, I thought it would be interesting to look at the 320-mile long battlefront itself. For some background on the causes of the conflict, please check out my article on the subject.

As usual, to see a larger view of an image simply click on it. 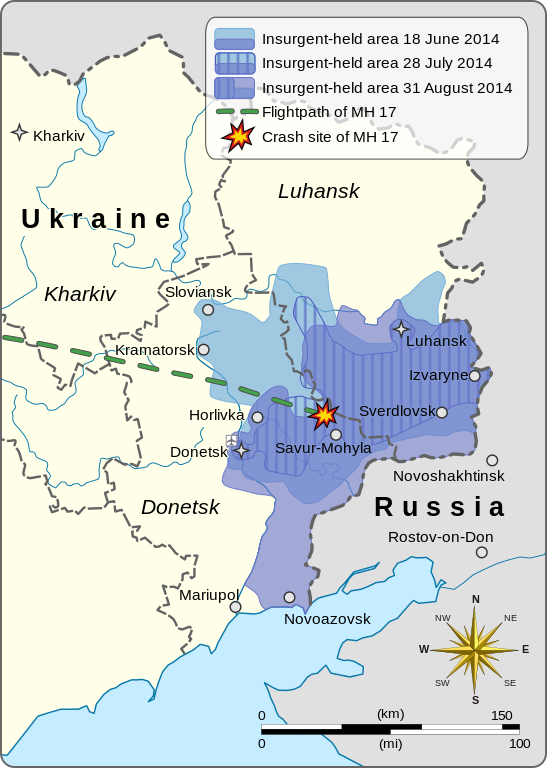 An overview of the conflict in the Donbass Region of Ukraine.

The fighting started over Crimea's annexation by Russia in March 2014. Russia claimed it because it has a majority Russian-language speaking population. Likewise, the Donbass Region has large pockets of predominately Russian speakers, and in the turmoil of the 2014 Ukrainian Revolution, groups of separatists (supported by Russia) began to take over cities in Donbass. Currently, the large cities of Donetsk and Luhansk are under rebel control, and the key city of Mariupol has also come under attack, though it remains in Ukrainian control.

The rebels have received vast amounts of money and equipment from Russia on top of the Ukrainian military supplies they've captured. Russia has also invaded Ukraine on multiple occasions; sending thousands of troops, tanks, and artillery into the country.

I have gone through the area and found 127 visible sites relating to the war, along with 14 key airports and 23 border crossings. If you'd like to see them all, please feel free to download the Google Earth file I've made. (File [KMZ type] is hosted on Google Forums and automatically downloads.)

First, I'd like to show you Ukraine's capital, Kiev, before and during the Euromaidan protests which started the 2014 Revolution.

Here's a wide view at all the sites in Donbass and Crimea. 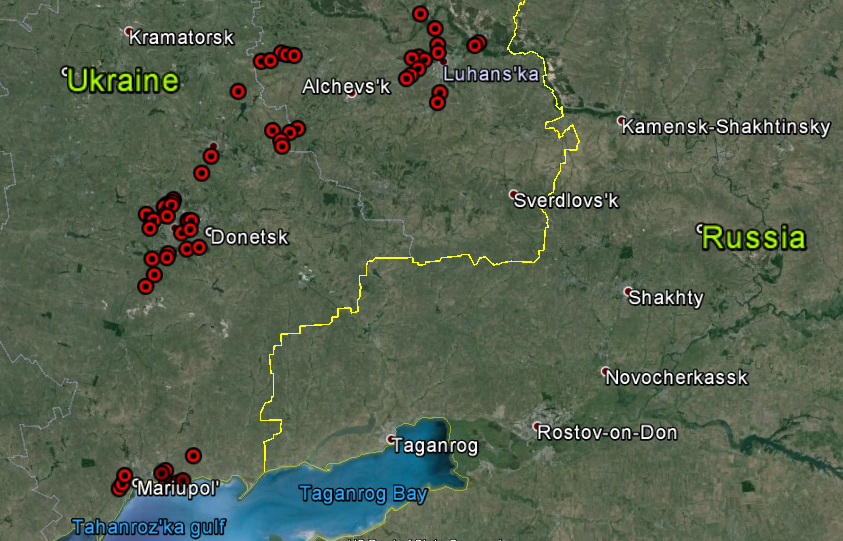 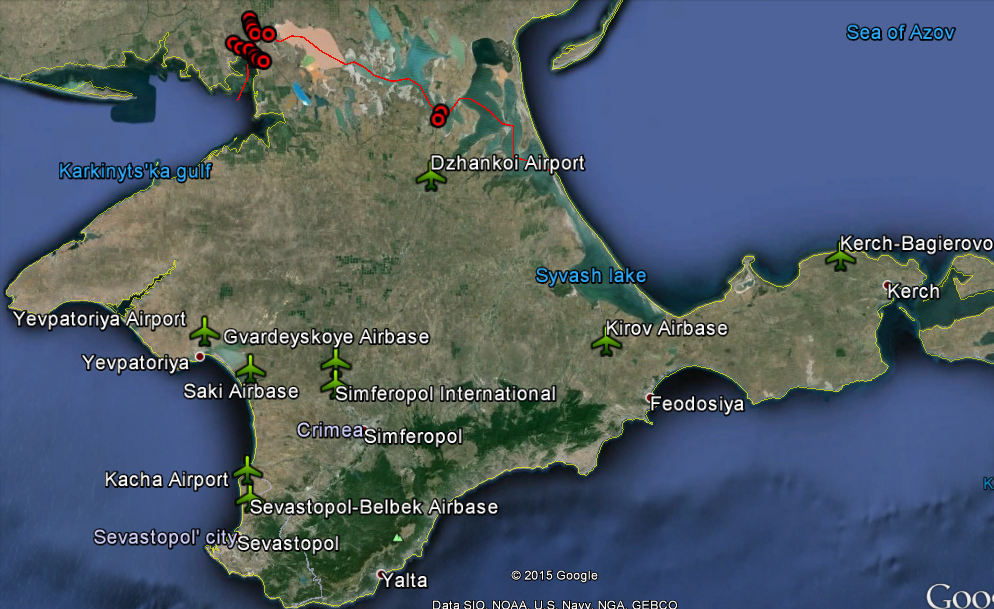 Here are some pictures of the conflict around the city of Donetsk. 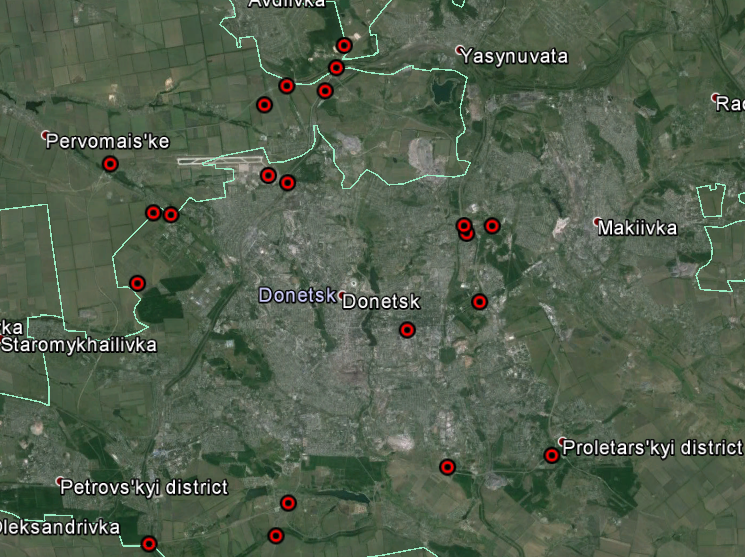 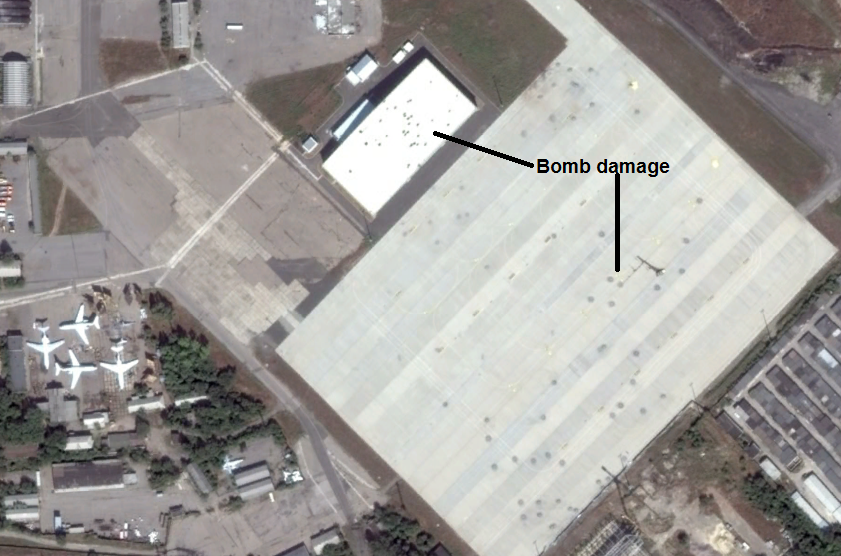 On May 26, 2014, rebels clashed with Ukrainian troops at Donetsk International Airport (which also had a military base attached). Ukraine won the initial battle but beginning in late September, rebels launched a new offensive and took control of the airport and base.
Here are before and after photos of the military base. 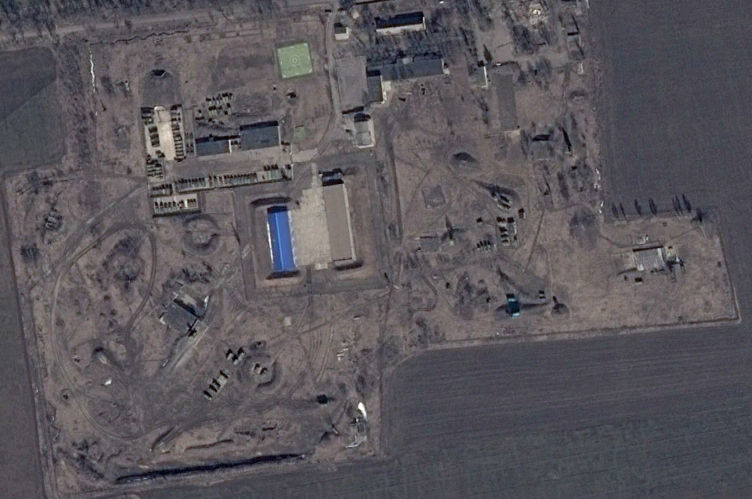 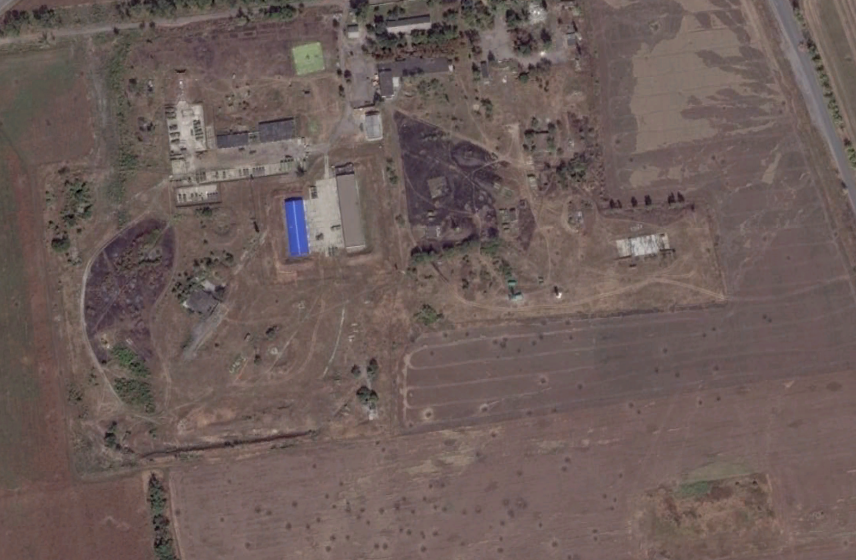 After. You can clearly see burnt regions and numerous bomb craters.

Below is a comparison of the related weapons storage area. 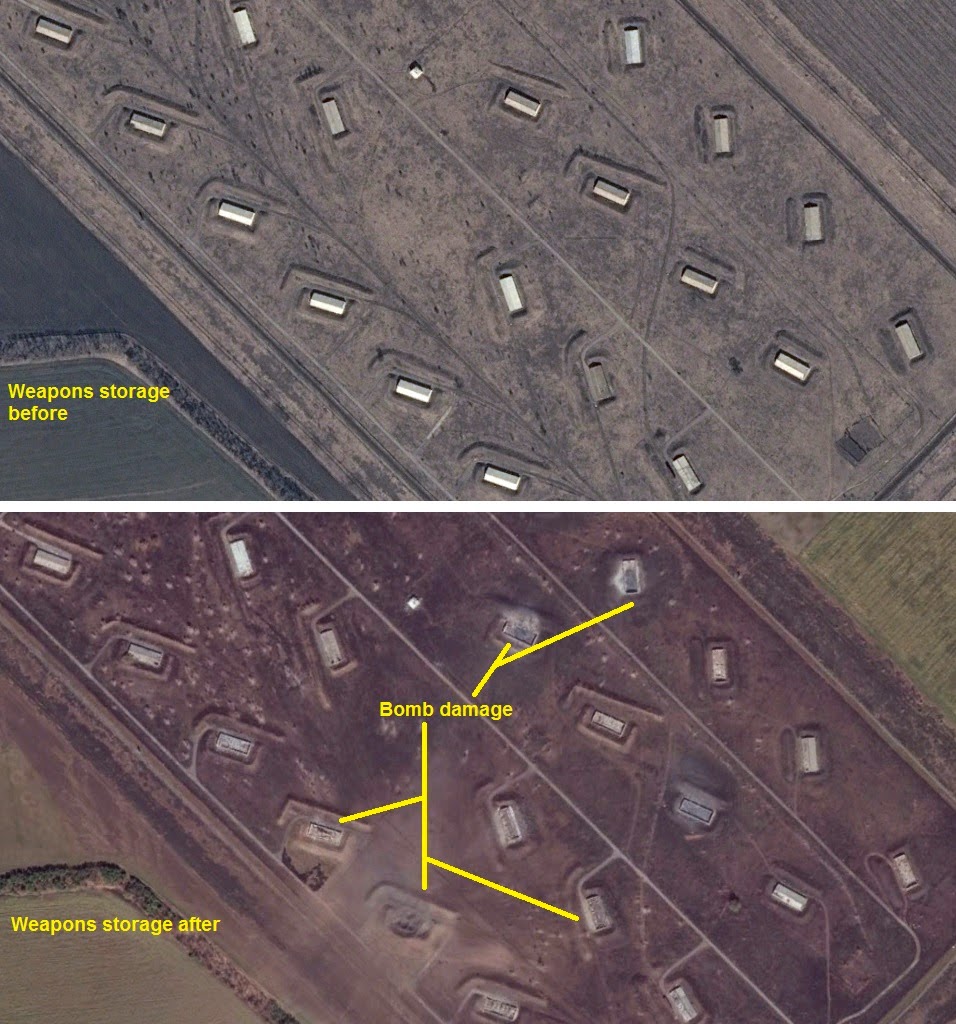 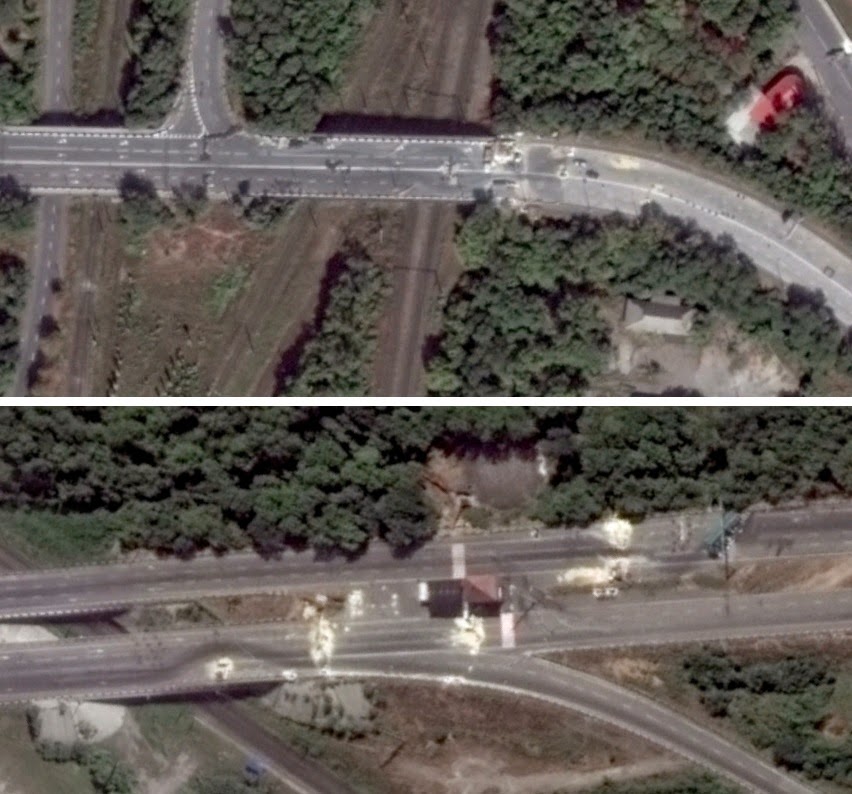 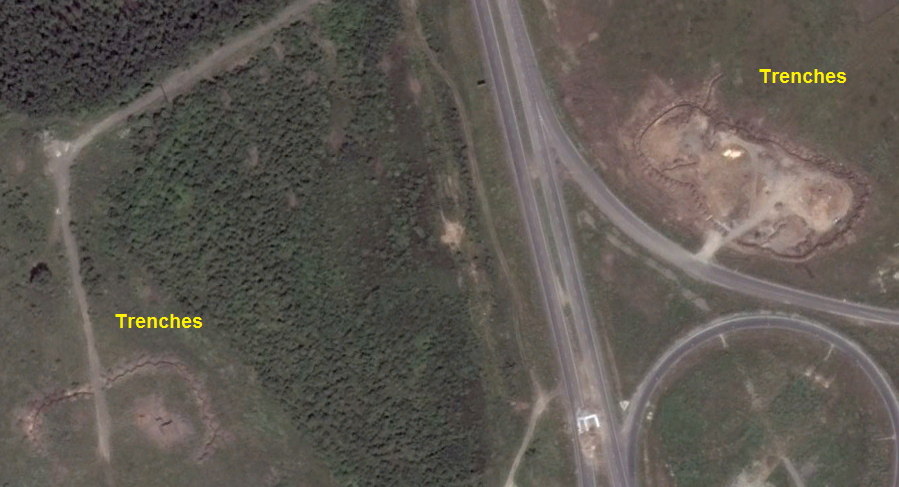 And finally for Donetsk, here are some trench fortifications. 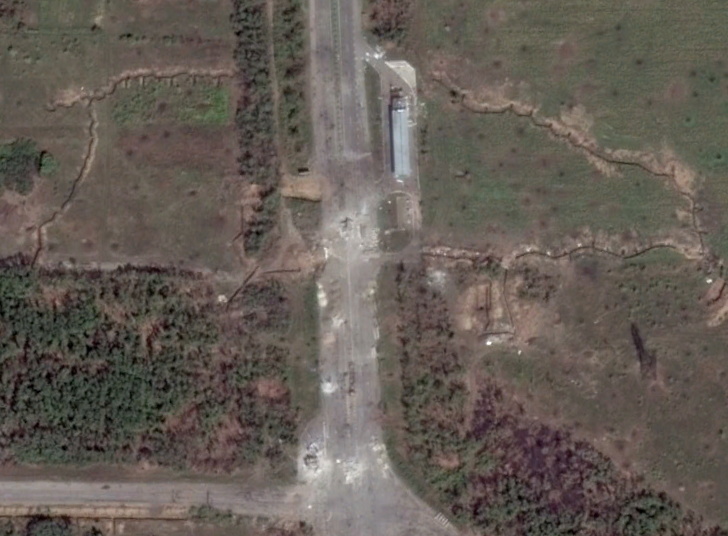 Some sites around Debal' steve: 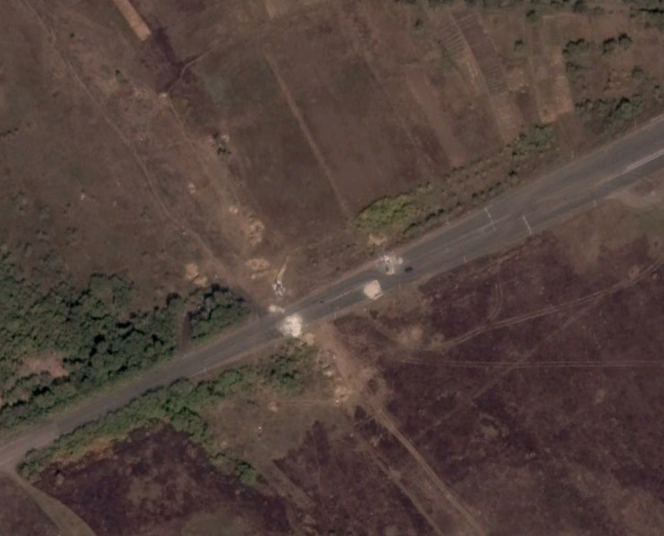 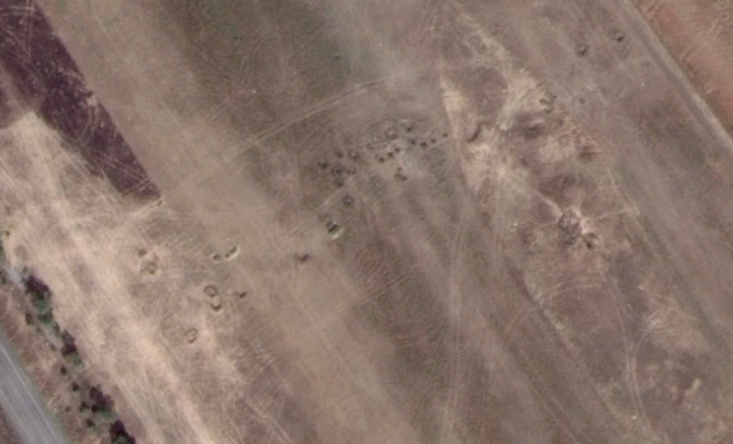 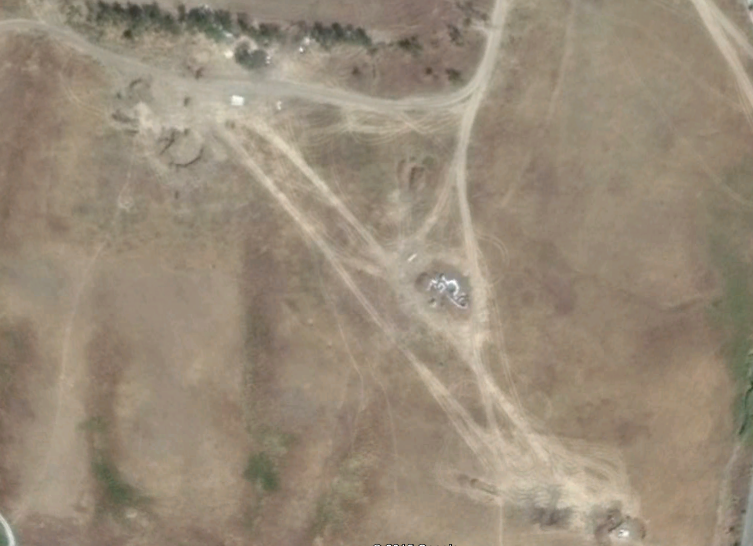 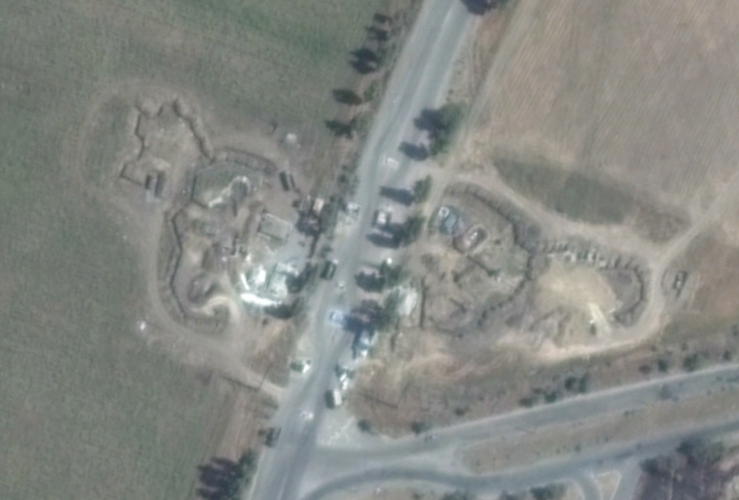 A great example of Ukrainian fortifications and road block. 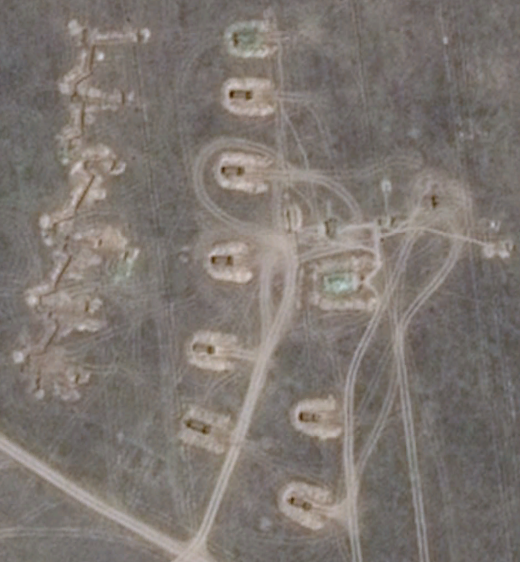 Here are a few other images from around the Donbass Region: 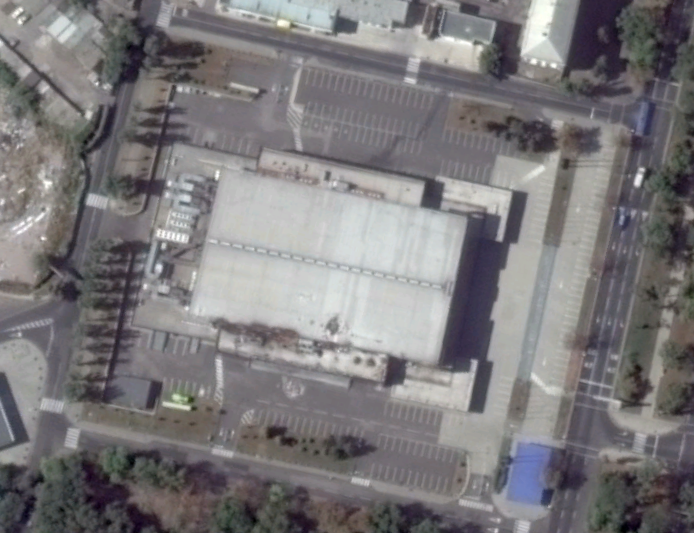 This is the Druzhba Sports Facility. It was ransacked after rebels captures Donetsk. You can see part of the building is burnt out (lower side). This is another destroyed bridge.

Finally, the crash site of Malaysian Airlines Flight MH 17 which was shot down over rebel-held territory on July 17, 2014 killing all 298 people on board. 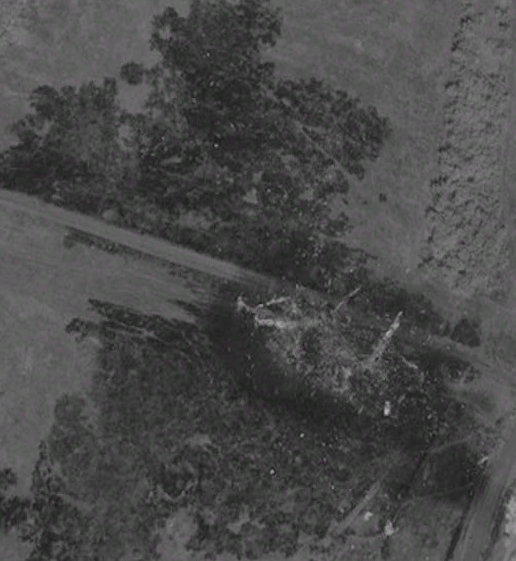