I have found 32 active Cuban prisons as well as identified 4 other locations which may be prisons. This exclude whatever small town jails there may be. Given Cuba's population of 11.2 million, this means that there is a large prison for every 350,000 people; if we include the additional 4 "maybe's", that gives a ratio of 1:311,000. These ratios are actually better than those of the United States which has the largest prison population in the entire world.

In terms of prisons per square mile, Cuba has 1 confirmed prison per 1,337 sq. mi. There are four regions which have multiple prisons within a relatively small area: Havana, Santa Clara, Camaguey, and Holguin.

As I'll show further below, many of their prisons are located near or inside of industrial facilities. According to Human Rights Watch, as of May 2012, some 57,000 Cubans were in prison or labor camps.

Here are some maps of prison locations (click on the images for a larger view): 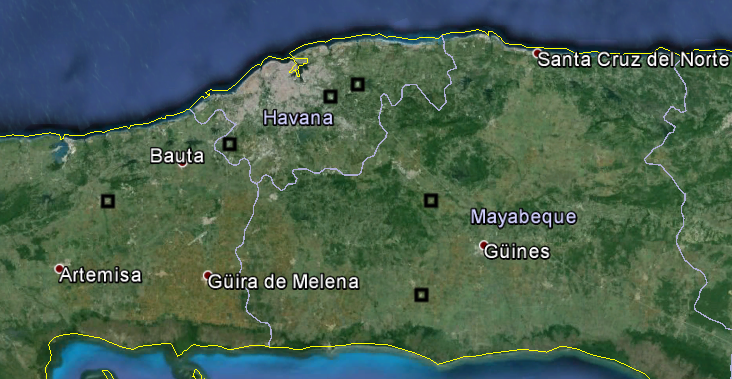 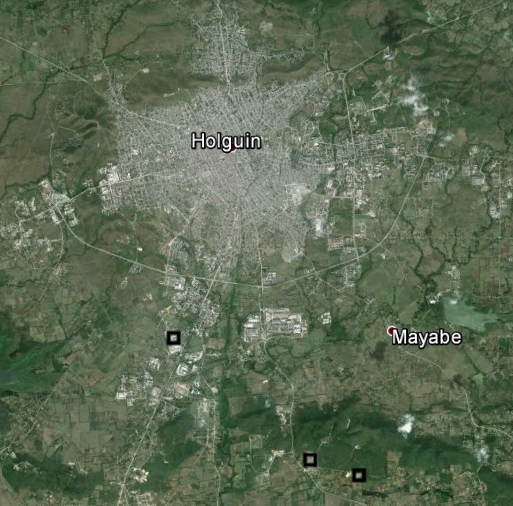 Prisons around Camaguey and Santa Clara

Here are some closeup satellite images of prisons, some of which clearly show they're part of labor/industrial complexes. 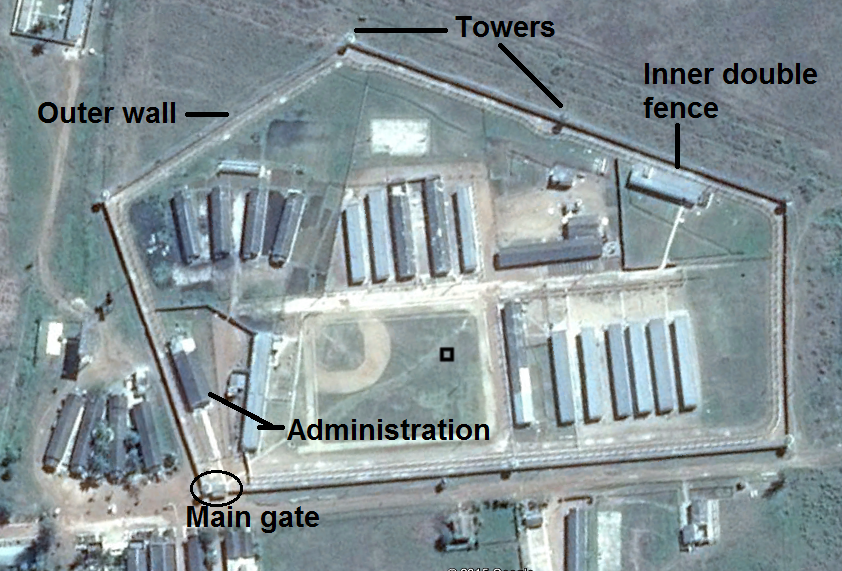 Here's a closer view of the 4 prisons in northern Santa Clara. 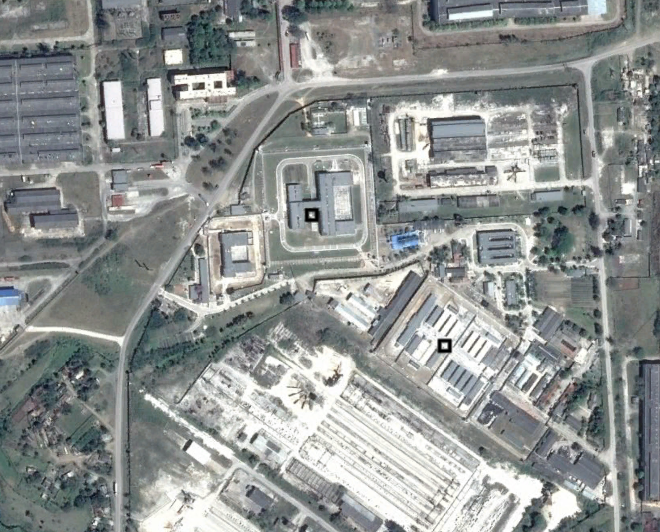 This shows the two prisons at the center of the previous Santa Clara image. This particular picture clearly shows the prisons are in the industrial region of the city. 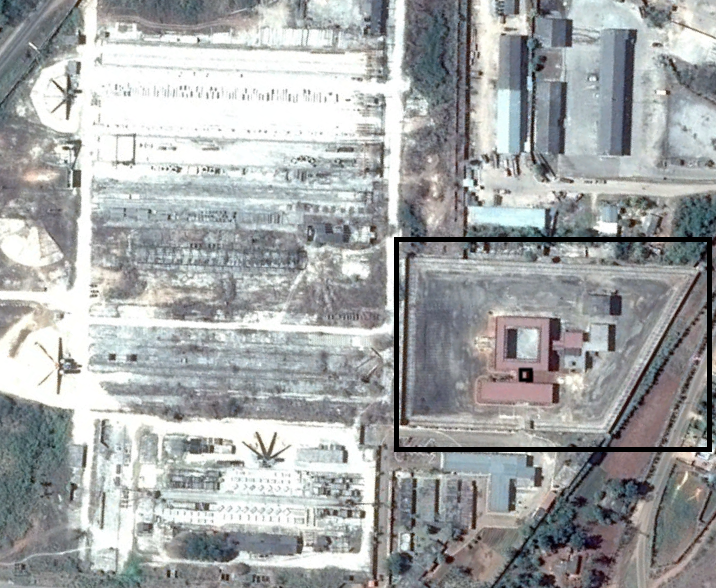 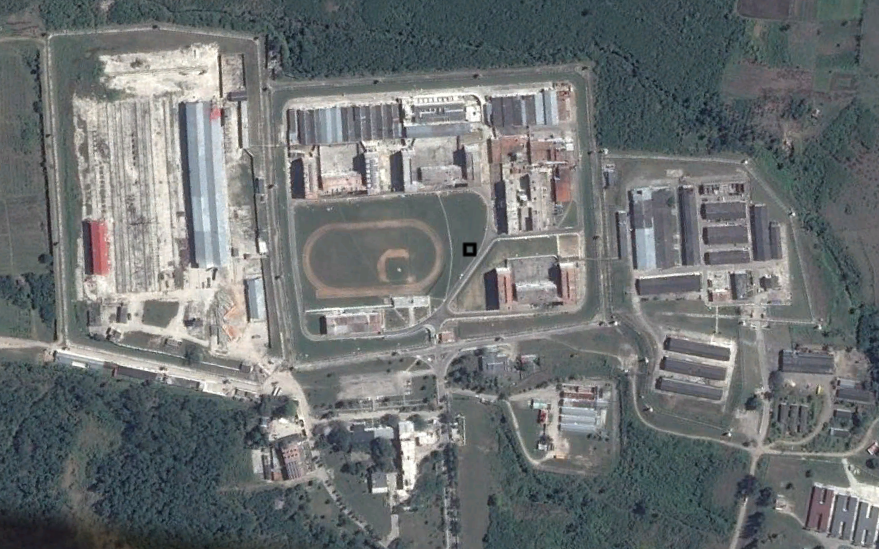 This prison is to the east of Havana, in the outlying town of Guanabacoa. This large prison complex covers about 93 acres, and to the far right of this image there's a factory which is very much visible. If you view the full image, you can also see that the factory is surrounded by the same fence system as the rest of the prison - this makes it abundantly clear that prison labor is being used.
It's specific location is: 23°06'27.8"N 82°14'28.7"W

Products produced by prison labor include, furniture, clothing, and agricultural products. While prisoners are generally paid for their work, by the time government fees are taken out, the amount each prisoners receives is drastically reduced. Of course there are plenty of reports of prisoners not being paid at all. Within the Cuban prison system, there is widespread abuse and safety measures in the labor camps are basically nonexistent leading to many injuries.