Ganhwa is a large island at the mouth of the Han River and lies less than 50 km from Seoul. Its strategic location allows it to serve as a defensive bulwark against invading naval forces to protect the city, and it has played this defensive role for centuries.

Forts of Ganghwa Island (left side) with Seoul in the lower right.

Prior to the division of Korea in 1945, Seoul had served as the capital of a unified Korea for over 550 years. The country struggled against successive attacks including from Japan and even the United States prior Japan's annexation of Korea in 1910. Thus, the Korean authorities built what became a ring of 27 small forts around the island. A twenty-eighth site, the older, large fortress city of Ganghwasanseong, served as an anchor point.

Ganghwasanseong actually dates to the 13th century and was a fortified palace-city for King Gojong of Goryeo during a time of conflict with the Mongols, who had by then occupied parts of China and were at the borders of the Korean kingdom of Goryeo. Much of the early wooden fortifications were later destroyed. The site was rebuilt in stone and survived attacks in 1637 by the Qing Dynasty. This invasion brought Korea (then called Joseon) into the Imperial Chinese tributary system.

While this brought relative stability to the area, it did not prevent other powers from trying to seize Korea for themselves. 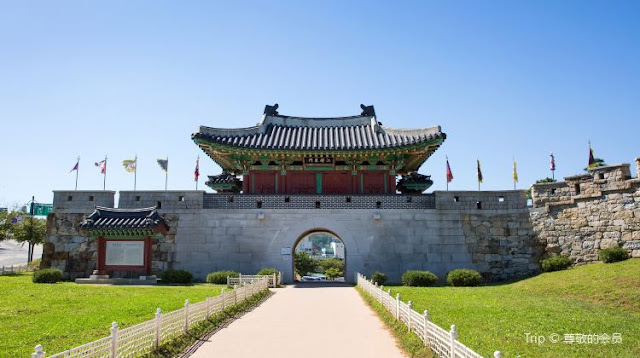 As mentioned, Ganghwasanseong is the largest of the fortifications on the island, occupying ~194 hectares. The other forts are much smaller and only take up between 600 and 1,000 sq. meters.

Korea had long sought to keep itself closed to foreign trade. This became a problem once China had been forced to open to the French, British, and Portugese, and then after Japan had undergone the Meiji Restoration. Squeezed between longstanding powerful countries and the arrival of younger Pacific powers (Western nations), a clash of civilizations was inevitable. Ganghwa Island saw several attacks during the 19th century. The French punitive expedition of 1866, the American expedition of 1871, and the 1875 Battle of Gangwha against Japan all played their part in wearing down Korea's antiquated defenses and eventually led to their annexation by Japan in 1910.

Of the smaller forts on the island, one is Chojijin. Built in 1655 by King Hyojong, the fort was the site of a number of battles. During the 1870s the fort was attacked multiple times including in 1871 by an American expeditionary fleet and then nearly destroy in 1875 when the Japanese warship Un'yō helped to force Korea into opening their ports.

Another is Gwangseongbo Fortress, along the short "Seele River" that runs north to south and separates the island from the mainland. Like Chojijin, it was also built in the 17th century. Unlike Chojijin, however, it is part of a combined fortified area made up of two small forts with other fortifications and batteries in between. Gwangseongbo is the largest of them, with the circular Sondol Mokdondae lying 300 meters to the south.


The island forts take on a variety of layouts: square, rectangular, and circular, with a few being irregularly shaped.

An example of the square-shaped fort is Mangyangdondae. It is approx. 30 x 30 meters in size. 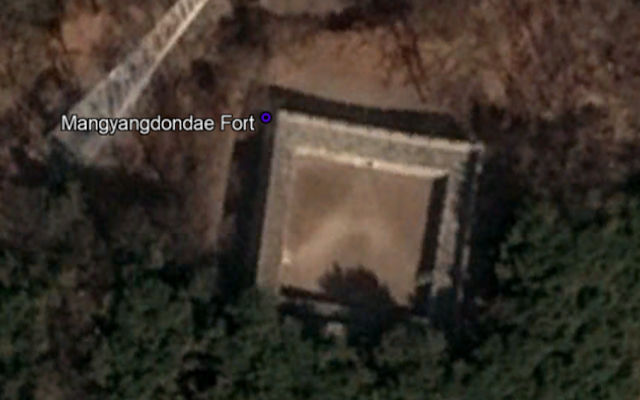 Other than Sondol Mokdondae mentioned above, a great example of the circular forts is Odudondae. 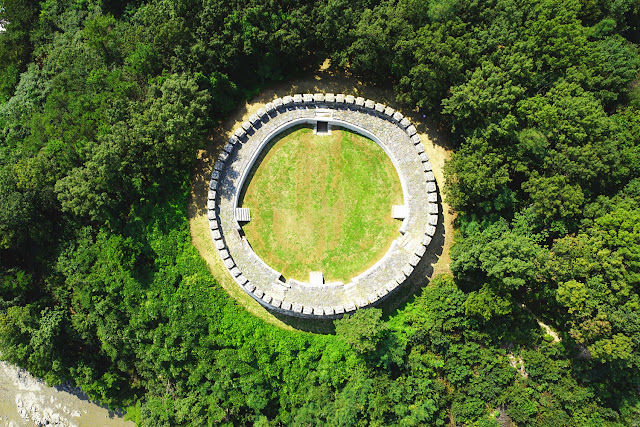 Odudondae as seen from the air. Image from the Ganghwa government website (2019).

The design of these forts underscore how behind Korea was technologically. Most lack space for cannons or other gunpowder-propelled artillery, and they are simple stone structures. Star forts had been developed a century before and were spreading out of Europe across the rest of the world, as they were designed specifically to withstand cannons and give defenders a better field of fire.

Although remaining closed off from the wider world allowed Korea to develop and maintain their own distinct cultural and religious heritage, it greatly handicapped them (as it did with China and Japan before) when confronted with a rapidly advancing world.

Today, these forts remain an important part of Korean history, both good and bad, and also allows us insights into seven hundred years of history. And while these individual forts no longer stand to protect the area, Ganghwa's military importance continues to this day, as it helps protect modern-day South Korea from future invasions. Not from foreign imperialism, but from their fellow Korean cousins in the Democratic People's Republic of Korea. And unlike centuries ago, South Korea now has access to some of the most modern and powerful weapons anywhere in the world.

You can explore the location of all of these forts here.