The Lone Star of Afghanistan

By every measure, Afghanistan is an interesting place. It sat along the Silk Road and more modern history had it squeezed between two of the largest imperial powers in history: Great Britain and Imperial Russia.

The "Great Game", as it came to be known, was a long lasting 19th century conflict between those two powers for control over central Asia and as Britain's attempt to keep India for itself. Mountainous, tribal Afghanistan ended up being a keystone and the focus of foreign intervention that continues to this day. 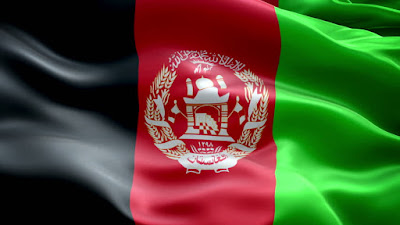 The Great Game began in 1830 when the UK attempted to establish a new trade route through central Asia, and in the process, take the Emirate of Afghanistan as a protectorate. In doing so, they would have a wall of buffer states to defend their control over India against perceived Russian aggression.

The Emirate of Afghanistan was a new state that had been the successor to the Durrani Empire. Fiercely independent, the Afghans didn't want to be a pawn in the games greater powers played. This resulted in the First Anglo-Afghan War from 1839 to 1842. What began with British success ended in unmitigated disaster in 1842, as the British forces were annihilated during their retreat from Kabul.

Later in the century, the Second Anglo-Afghan War (1878-1880) ended in British victory, with Afghanistan becoming a protectorate. Even though the British left Afghanistan once it became a protectorate, the country was nonetheless under a level of imperial control. To protect the country against another costly invasion, the Afghans constructed the county's one and only star fort: Qala-i-Jangi. 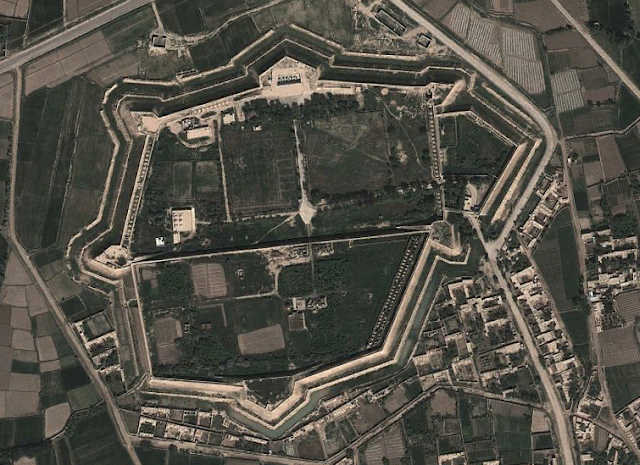 Star forts originated in Italy in the 15th century as a response to the devastation that cannons can bring to traditional castles and forts. The strength of a star fort is its bastions (which is why the other common name for them is "bastion fort"). The bastions are triangular features which helps to deflect the blow from cannonballs. Their projection away from the main wall of the fort also enables defenders to fire farther and eliminates "dead zones" (blind spots) where attackers could otherwise be shielded from fire.

The advancement of powerful artillery and other military technology meant that these classical stone and brick forts were largely obsolete by the end of the 19th century (something the 1862 barrage against Fort Pulaski during the American Civil War proved). However, Afghanistan is remote and colonial forces rarely kept the most advanced weaponry along the fringes of empire. 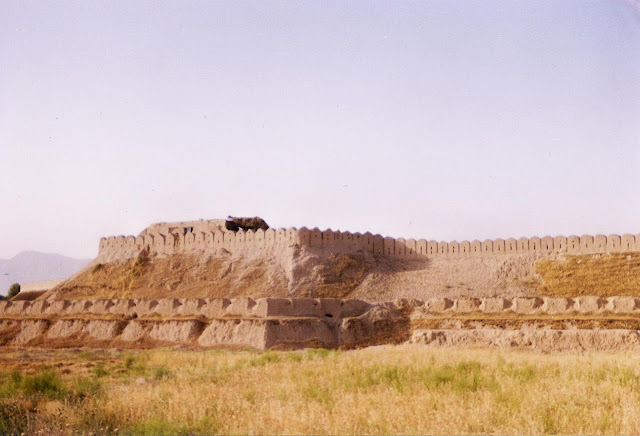 I couldn't find very much information about the fort, other than the basics of construction, until modern times. Finished in 1889, the fort took twelve years to build, with 12,000 people constructing it. It is roughly 550 meters long and 270 meters wide. The bastions were up to 24 meters high and the whole structure was largely made of wood and traditional mud brick. Thankfully for the bricks, the region is very dry, so erosion due to rain has taken a long time.

After its construction, history kind of falls off until the NATO/US invasion of Afghanistan. (Although it is almost certain that the fort saw at least minor action during the Soviet invasion and subsequent civil war with the Taliban). The most famous battle the fort took part in was the 2001 "Battle of Qala-i-Jangi". 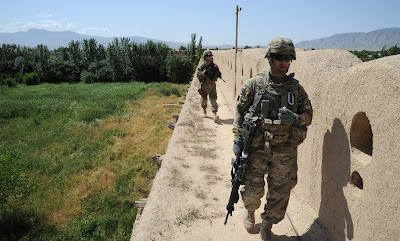 After a battle in the city of Kunduz, hundreds of Taliban and al-Qaeda prisoners were transfered to the fort. The fort's ability to serve as an effective prison was always in doubt, as many of the buildings had been destroyed or were damaged over time. On November 25, 2001, CIA interrogators began to question the prisoners, it was at this point that they revolted and attacked the US and Northern Alliance soldiers holding the fort.
The battle lasted until December 1 and resulted in the death of the majority of prisoners as the full weight of the Coalition military was brought to bear against the terrorists. The number of Coalition soldiers killed is unknown, but there was at least one US fatality, a CIA operative named Johnny Spann. Of the surviving terrorists, one was John Walker Lindh, the "American Taliban". 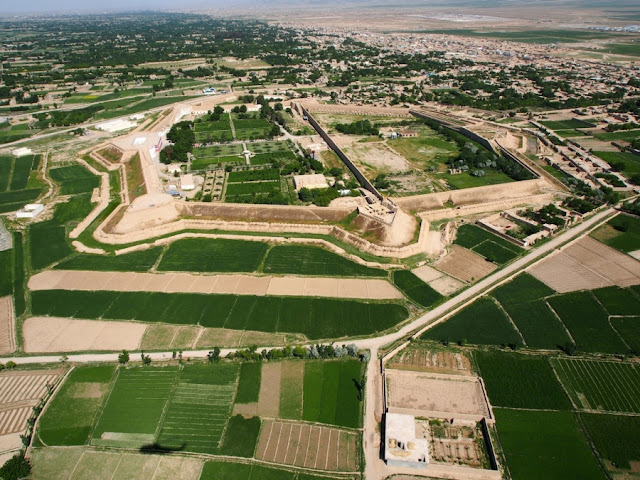 Image comes from Stars and Stripes.

The fort is largely unoccupied today, with Afghan and Coalition forces using modern bases nearby. Like much of Afghanistan's historical treasures, a lot has been lost over the last 50 years, and there is little hope that the situation will improve anytime soon.

Qala-i-Jangi is Afghanistan's lone star and it reflects the tumultuous history of the country. But, perhaps, we can wish upon this star for more peaceful times.