Moldova is a small Eastern European country sandwiched between Romania and Ukraine. Much of its modern history has been dominated by its relationship with Russia (first by being ceded to Russia in 1812, then by being a Soviet Republic, and now having Russia as a main trading partner after independence). But before all of that, Moldova was a principality; Moldavia (and later Bessarabia, the more direct territorial ancestor of modern Moldova).

Moldova shares a lot of its Medieval history with Romania and partially because of that the country was beset by conflicts with the Byzantines, Ottomans, struggles for independence, and internal strife. So one might expect the country to hold a wealth of castles and forts, after all, its two neighbors each have hundreds. The reality is, modern Moldova is only a fragment of the former Principality and its geography is steppe with small hills. Squeezed between two rivers which serve as natural barriers, and being small in size, the area of Moldova simply doesn't allow for that many fortifications, nor was the modern territory a hotly contested region time after time (like Belgium or the Netherlands). As far as I have been able to determine, Moldova has exactly 3 sets of fortifications, and all three are along the Dniester River. 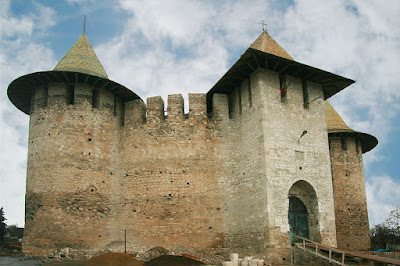 This 5-tower fortress was constructed in 1499 in the city of Soroca by Stephen the Great (aka Stephen III of Moldavia). The original fort was built out of wood and was the key in a chain of four forts along the Dniester River (two are in modern day Ukraine). Between 1543-46, the fortress was rebuilt in stone by Petru Rareș who served as voievod (military governor) of Moldavia.

The fortress saw action during the Great Turkish War, the Pruth Campaign, and during the Russo-Turkish War of 1735-1739. It was built during the transitional period between stone projectiles being flung by wooden trebuchets and the spread of cannons. As a result, its walls and four of five towers are curved, which better protects from projectiles. But they hadn't yet made the leap to the bastion fort which served as the gold standard to defend against cannons all the way up to the 19th century.

Centrally located along the Dniester is the next fort, the largely ruined Orhei Fortress (Orheiul Vechi) 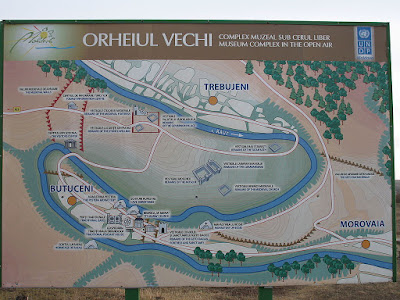 Map of the fortress and old city. Click for enlarged view.

This fortress is actually a series of fortifications including a central fort and four main defensive trenches that defend the old city of Orhei. Only two of the trenches, the foundations of the citadel, and some of the earthworks of the southern fort remain. 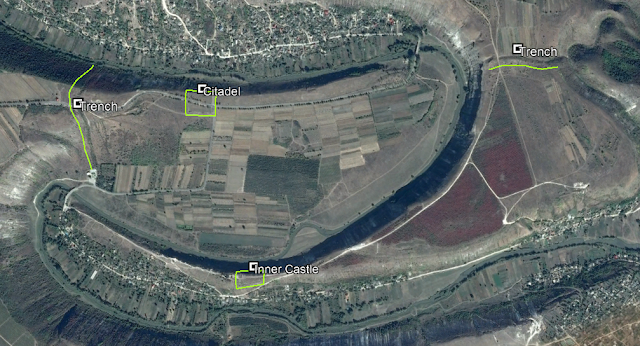 A map I made using Google Earth of the main sites. Click for enlarged view.

Like Soroca, these fortifications were built by Stephen the Great, however, the area has been inhabited since at least the 6th century BC.

Finally, in the south is Tighina (Bender) Fortress (Cetatea Tighina)

Stephen the Great, ever the fort builder, constructed this fortress out of wood. After the Ottoman invasion in 1538, it was extended and rebuilt in stone and had eight towers as well as an outer wall with at least four additional towers.The fortress saw multiple attacks across the centuries and in the early 1700s, it was further enlarged into a massive fortress and employed modern European designs. These upgrades were done by the nobleman Antioh Cantemir.

The fort last saw fighting during the 1992 War of Transnistria, which is a breakaway territory occupying all Moldovan lands east of the Dniester.